Best time to visit Iran: A guide to Iran’s Climate

Iran is an enormous country with a variable environment, ranked the eighteenth country in the world in size. It has frosty winters in the west and hot summers in the south, each corner of the country has its special weather conditions. You can travel to this beautiful country all year round, it depends on your personal feeling about seasons and of course your trip purposes. Now we are going to look at the best time to visit Iran.

For a country with such seasonal extremes, autumn and spring seem to be the best time to travel.

March and May are the best time to go to Iran – you’ll avoid searing heat and severe winter cold. As long as you are prepared to dress for the heat/chill, June and Oct offer slightly better deals.

May is a much better time to visit Iran and still enjoy the clement spring weather. This month is perfect for enjoying nature, as all the greens have covered the fields, the flowers have bloomed, and the weather is ideal for hiking activities. Cats tail-like Eremurus flowers light up the landscapes, along with pretty, bell-shaped crown imperials. And if you have ever planned to go to the Netherlands to visit some tulips, you should know that tulips are the national flower of Iran. So many international tourists visit Iran in May and April, and most of them visit places in Central Plateau, such as Shiraz, Isfahan, and Yazd. The weather is nice and the attractions unlimited! 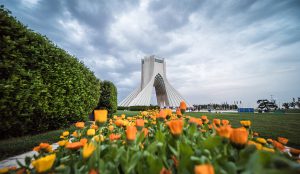 Spring in Tehran, the capital of Iran

The weather gets very hot during July to August. It’s summer anyway! Touring and Walking could be very exhausting. This is doubly unpleasant as shorts and t-shirts are a no-no, and women must wear headscarves. But the northwest of the country and also the seaside areas of the north (Caspian Sea) are still fine during summer, and both are the main destinations of domestic travelers. Ardabil and Gilan provinces in northwestern Iran, Kurdistan Province in the west and Chaharmahal-Bakhtiari Province in south-central Iran are but a handful of places whose rural towns beckon travelers in the summer. Prices are low and it’s not the worst time, but if you can’t tolerate hot weather it is not the best time to visit Iran. However, if you are planning on trekking in the deserts, you should reschedule your trip. Summer is not the best time to travel to central Iran, with temperatures occasionally so high you can fry eggs on the hood of a car.

Iran is not as hot as other countries in the Middle East. Actually, it is a summer resort for many Arab tourists from the Persian Gulf region.

Fall is probably fine time to visit central Iran, particularly Isfahan and Shiraz; two incredibly historical cities with a combined 7 world heritage sites in or around them. Other great times to visit Iran are September and October. It rarely rains, and the temperature decreases and the weather generally get cooler especially in October and early November. Since the school holidays are finished at the end of November, the crowds almost disappear or at least are not too intense anymore.

The prices are lower than in April and May. You can easily find public transportation including flight and train because there are almost a few non-business domestic travels in this period. The deserts of Kerman, Yazd and South Khorasan are particularly interesting locations to visit in fall, especially for stargazers who want to get a clean look at the Milky Way. 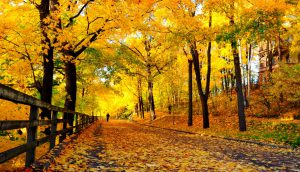 Winter is an excellent time to travel to Persian Gulf islands of Kish and Qeshm, both of which are free trade zones and are attracting a lot of attention from investors as Iran’s trying to develop their tourism potential. Western and northwestern areas get a decent amount of snowfall. Some intercity routes are occasionally closed due to massive snowfall or the risk of avalanche in those areas. If you are a big fan of skiing, Visit Iran particularly Tehran and Ardabil in winter. 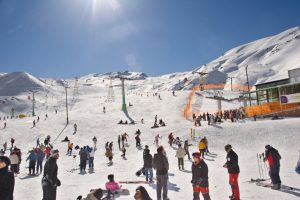 Note that Friday is the Islamic day of rest and the weekend refers to Thursday and Friday Iran. Saturday and Sunday are typical working days.

Iran marks some national festivals which can interrupt travel.

Iranian New Year called Nowruz (two weeks starting 21st March) means price hikes and packed hotels. People are getting ready to celebrate the beginning of spring and for the holidays. That’s when most people travel, which makes it a little more difficult. From crowded attractions to fully-booked hotels, you run the risk of ruining your holiday.

If you do decide to travel to Iran in those two weeks, do yourself a favor and avoid going to northern regions (commonly called Shomal in Iran). Thick forests, beaches, mountains and usual rainy weather has made northern Iran a very beautiful site—but during those two weeks, tourists easily outnumber local people.

After Nowruz, there’s a significant decrease in the number of Domestic traveling.

During Nowruz, it gets very hot in the South of Iran, But the weather is still pleasant for the next two months in other areas. After Nowruz, the prices get lower and even reach the lowest in the beginning of June. Prices are getting lower than Nowruz and even lower in early June. Also, tourist attractions become less crowded. 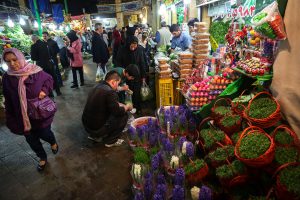 People in Iran go shopping for Haftsin before Nowruz

Ramadan is an Islamic holy month (dates vary). During the Ramadan eating and drinking in public is banned during the day, and religious laws are more rigorously enforced. This month, you will find most restaurants closed during the day but the shopping centers and restaurants are lively and bustling in the evening till sunrise, when you can see the true nightlife of Iranians while tasting the unique cuisine available only during Ramadan. It would be less crowded. You can easily find and book hotels in any city and prices would be more reasonable due to the low season. So make sure you check your calendar twice before buying your plane tickets. 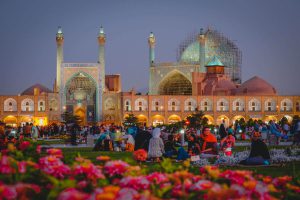 During the month of Ramadan, Muslims fast during the day, say several prayers and then break their fast with a special evening meal.

Travel to Iran during the Remembrance of Muharram would be an unusual experience for travelers. People usually engage in the anniversary of this religion mourning event during the first ten days of Muharram. 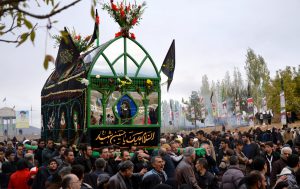 The Mourning of Muharram is a set of rituals associated with mainly Shia Muslims; and all believers in Islam, as well as some non-Muslims, also take part in the remembrance.

It’s genuinely challenging to talk about the best time to visit Iran.

It’s genuinely challenging to talk about the best time to visit Iran. Depending on your personal preferences, every season offers unique opportunities to make the most of your trip. Generally speaking, you’ll probably enjoy your time in Iran during autumn (end of September – beginning of November) and spring (mid-April – the beginning of June).