What the Iranian Rial Drop Means for Your Holiday? 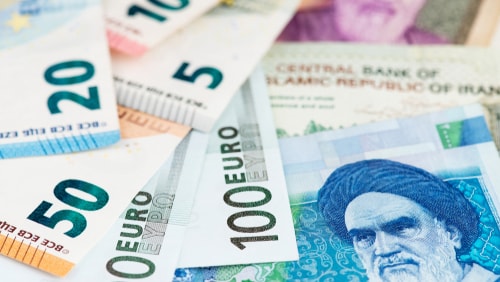 Too good to be true, right? Well, as far-fetched as it may sound, currency devaluation in Iran, hand in hand with the inflammation, has turned the country into one of the cheapest holiday destinations in 2020.

If you are planning an upcoming trip to dreamy Iran, or are simply interested in what’s what with Iran’s currency, keep reading for all the nitty-gritty details.

The Wobbly Currency of Iran Explained

Many people usually do not care about foreign currencies unless they have to travel to a new country. For those who are just arranging a trip to Iran, or, those laid-back folks who hang on to find out everything until they arrive at the country, Iran’s currency might sound a bit confusing. Even second-timers have admitted that they still have trouble working out the numbers. But once you get the general picture, everything is going to make perfect sense.

You must have already cottoned up to the fact that Iran’s official currency is rial. As of mid-February 2020, every US dollar is equal to 138000 rials and every euro amounts to 150000 rials (that’s a lot of zeros, I know!)

The main reason for the devaluation of Iranian currency is the US sanctions. The incessant trade wars against Iran have devalued the country’s currency and destabilized the economy. The recent nuclear deals and Trump’s pulling out of the pact have made things much worse than they already were.

Whereas the official currency is rial, it is commonplace among locals to use toman. Because doing so, working up the number turns out to be much easier.

The calculation is a piece of cake. All you have to do is dropping the last digit (usually a zero).

Banknotes come in rial. For official business and in banks, hotels, etc. rial is ubiquitously used. But, as regards shops and stores, there is no telling where do people use which.

The good news is that most of the time, you can see the currency’s unit or symbol written next to the price. (Toman = T = تومان) and (Rial = R = ریال)

The two exchange rates of Iranian currency could not be more dissimilar. The official rate (BMI), is, as a rule, lower than (about 1/3 of) the open market’s (free market).

That is why you should change your money in exchange offices rather than in the banks since they provide you with much higher fees. Also, the exchange rate constantly fluctuates against international currencies. Therefore, make certain you know the most current exchange rate.

Do the math and you’ll find out that once you change your money, it’s gonna be a heavy load of cash. To save yourself the risk and trouble of carrying this hefty sum of money, get an Iranian debit card. FYI, Master Card, Visa, and basically all other major credit cards are impractical in Iran.

Where does the Iranian Rial Drop Leave Tourism?

Following the fall of Iran’s currency, many tourists have chosen Iran as their next holiday destination. This is actually a win-win situation. Not that the country is thrilled about the state of its economy, but given the current circumstances, Iran’s government, as well as local businesses, look forward to earning a few extra bucks from the tourism industry.

Nice hotels and other types of accommodations are scattered all over the country. Getting around within big and small cities comes to be very inexpensive, as cabs and public transportation are available pretty much everywhere. While it is generally only the museums and historical monuments that charge you for entrance, the fee is indeed nominal (approximately 1 $).

Besides having a rich historical heritage, a radiant and delightful nature, and being safe, Iran’s low prices and economic advantages have given adventurous travelers yet another convincing reason to add the country to their to-go lists.

Prices in Iran, a Taster

To have a better understanding of the costs in Iran, let’s take a look at some of the everyday prices:

By the way, do not forget that these prices pertain to bigger cities like Tehran and Isfahan, in smaller towns and rural areas, prices go down even further.

All in all, with less than 20 $ a day, you can have full board and lodging in Iran. This is while countries like Malaysia, Thailand, and Nicaragua, with more than 30 $ a day, are usually listed amongst the cheapest travel destinations.

Having said so, it should not come as a surprise if more tourists and travelers rush to Iran. More than ever, budget travelers and backpackers see the fall of Iranian currency as a great opportunity to make a trip to an admirably beautiful yet unbelievably inexpensive country.

”Born to teach” would be the shortest phrase to describe myself.