Eram Garden is a historic Persian garden in Shiraz, Iran. 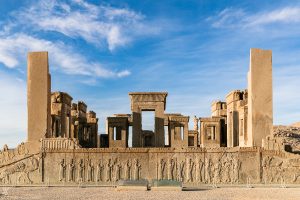 Interested in UNESCO heritage sites in Iran?
You might want to take a look at UNESCO World Heritage Sites In Iran ( Part I ) first!

13. Persepolis (1979)
As the main royal residence and ceremonial center of the Achaemenid empire of Persia, Persepolis is one of the greatest architectural complexes of the ancient world. After Alexander the Great, burned and plundered Persepolis in  330 BC, the remains of the city serve as evidence that the Achaemenids were the first culture to identify cultural diversity and respect different ethnicities. The quality and importance of the monumental ruins make it a unique archaeological site. 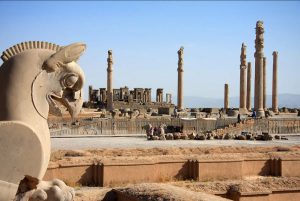 14. Sassanid Archaeological Landscape of Fars Region (2018)
Sassanid Archaeological Landscape of Fars Region includes eight archaeological sites placed in three geographical areas in the southeast of Fars Province: Sarvestan, Bishapur, and Firuzabad. City plans, palaces, and the fortified structures date back to the earliest and latest times of the Sassanian Empire. One of these sites is the capital built by  Ardashir Papakan, the founder of the dynasty. The landscape is considered proof of the influence of Achaemenid and Parthian cultural traditions and of Roman art, which had a notable impact on the architecture of the Islamic age. 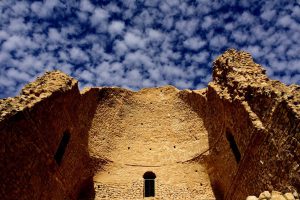 The Palace of Ardashir Pāpakan, also known as the Atash-kadeh, is a castle located on the slopes of the mountain on which Dezh Dokhtar is situated.

15. Shahr-i Sokhta (2014)
Shahr-e Sukhteh, also spelled as Shahr-e Sūkhté and Shahr-i Shōkhta, literally meaning Burnt City, is the remains of an ancient city and archaeological site of a sizable Bronze Age located at the junction of Bronze Age trade routes in southwestern Iran. Shahr-i Sokhta is one of the most prominent examples of early city urban planning and also a rich source of information regarding the emergence of complex societies. Founded around 3200 BC, researchers found that the city was occupied until around 1800 BC when diversions in watercourses and climate change forced its inhabitants to relocate in the early second millennium. 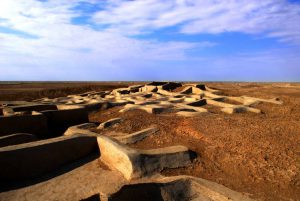 Shahr-i Sokhta is located in Sistan and Baluchistan Province, the southeastern part of Iran, on the bank of the Helmand River, near the Zahedan-Zabol road.

16. Sheikh Safi al-din Khanegah and Shrine Ensemble in Ardabil (2010)
Sheikh Safi al-Din Khānegāh and Shrine Ensemble is the tomb of Sheikh Safi-ad-din Ardabili, being one of the most prominent Sufi belief monuments of the world. The microcosmic city was built between the beginning of the 16th century and the end of the 18th century in the Ali-Qapu area, in Ardabil, Iran. The Iranian traditional architectural forms of this monument have made it simple to maximize the use of available space to incorporate various functions including a mosque, a library, a school, mausolea, a cistern, a bakery, a hospital, kitchens, and some offices. 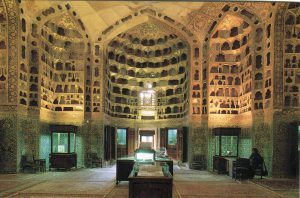 17. Shushtar Historical Hydraulic System (2009)
Etched back to the time of Darius the Great in the 5th century BC, Shushtar, Historical Hydraulic System, is inscribed as a masterpiece of creative genius. The system was designed and built to administer water to the city of Shushtar via a series of tunnels. This phenomenal system has an ensemble of significant sites that portray remarkable accomplishments of that time. The property is also still in use. 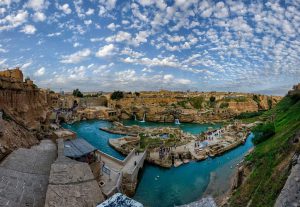 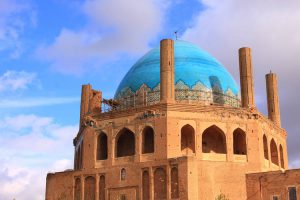 The Dome of Soltaniyeh in Soltaniyeh city, Zanjan Province, Iran, traditionally so called, is a complex of ruins centering on the Mausoleum of the Mongol ruler Il-khan Öljeitü, also known as Muhammad Khodabandeh.

19. Susa (2015)
Situated in south-west Iran, within the lower Zagros Mountains, the archeological mounds of Susa are on the eastern side of the Shavur River, in addition to Ardeshir’s palace, on the other side of the river. Susa is an exceptional proof to the Persian, Parthian and Elamite cultural traditions, which have mostly disappeared. Susa arises as a junction of two of the world’s greatest civilizations; Iranian Plateau and the Mesopotamian. 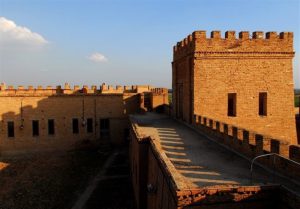 Susa was an ancient city of the Proto-Elamite, Elamite, First Persian Empire, Seleucid, Parthian, and Sasanian empires of Iran, and one of the most important cities of the Ancient Near East.

20. Tabriz Historic Bazaar Complex (2010)
Located in a strategic point on the Silk Road, Tabriz Historic Bazaar has been one of the most important international places of trade. The Bazaar is a complex of interconnected buildings, including a series of interconnected, covered, brick structures, buildings, and enclosed spaces for various functions. Tabriz and its Bazaar were already well-known when the town became the capital city of the Safavid kingdom in the 13th century. Although the city lost its status as capital in the 16th century, it remained important as a commercial hub until the end of the 18th century. Tabriz Historic Bazaar is now one of the most important examples of the traditional commercial and cultural system of Iran. 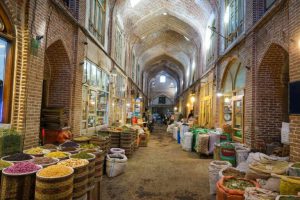 Tabriz Historic Bazaar Complex is one of the oldest bazaars in the Middle East and the largest covered bazaar in the world.

21. Takht-e Soleyman (2003)
Situated in a volcanic mountain region, Takht-e Soleyman is an archaeological site in north-western Iran. The property holds the Temple of Sasanian period (6th and 7th centuries) and the Zoroastrian sanctuary (13th century). The designs of the palace, the fire temple and the general layout have strongly influenced the development of Islamic architecture. 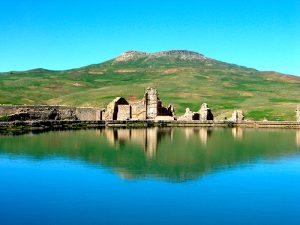 Takht-e Soleyman lies midway between Urmia and Hamadan, very near the present-day town of Takab, and 400 km west of Tehran.

22. Tchogha Zanbil (1979)
Tchogha Zanbil is an ancient Elamite complex in ancient Elam (today the Khuzestan province in southwest Iran). Founded c. 1250 B.C., the archeological site remained unfinished after it was invaded by the Assyrian empire. The property is an exceptional documentation of the development of architecture in the Elamite period (1400-1100 BC.)

Tchogha Zanbil is one of the few existing ziggurats outside Mesopotamia.

Consisting of nine gardens in various provinces of Iran, the Persian garden was conceived to symbolize Eden and the four Zoroastrian elements of water, sky, earth, and plants. The garden’s design has influenced the art of garden design in many parts of the world, including India and Spain. 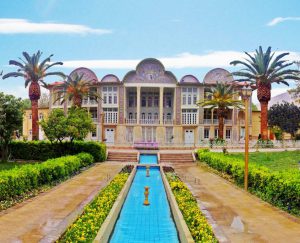 Eram Garden is a historic Persian garden in Shiraz, Iran.

24. The Persian Qanat (2016)
The Persian Qanat system includes eleven qanats which run through the arid areas of Iran. The eleven qanats representing this system consist of watermills, water reservoirs and rest areas for workers. The system is an exceptional example of technological developments made by humans during the occupation of arid and semi-arid regions. 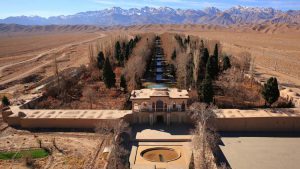 The qanat system provides exceptional testimony to cultural traditions and civilizations in desert areas with an arid climate.