Local Customs and Etiquette to Follow While Visiting Iran

Over the years, mass media has greatly misrepresented Iran which has, in turn, led to a great deal of misunderstanding about the country, culture, and people. But travelers who are open to seeing Iran beyond the political headlines will be rewarded with one of their most eye-opening and unforgettable trips. Iran is a country chock full of surprises that will shatter any stereotype you may have held about it before. Contrary to popular belief, Iranians are extremely friendly and hospitable, particularly towards foreigners, a trait which has only intensified over the years. In fact, you should be prepared to receive numerous invitations from locals while you’re in town. To make the most of your experience, here are some tips about local customs and etiquette in Iran that will help you better understand and navigate this country.

First and foremost, as you are surely aware, there’s a bit of a dress code in Iran. Women must cover their hair with a scarf and wear a tunic that covers both the arms and the bum. But don’t think that you need to stick to blacks and grays. Go for some color! You can dress like a box of Crayola if you wish. And Iranian women love to wear bright hues as well as patterns and prints of all kinds. Wearing sandals with no socks is also absolutely fine.

While men can wear short-sleeved shirts, they should stick to long pants as wearing shorts in public is generally not allowed. 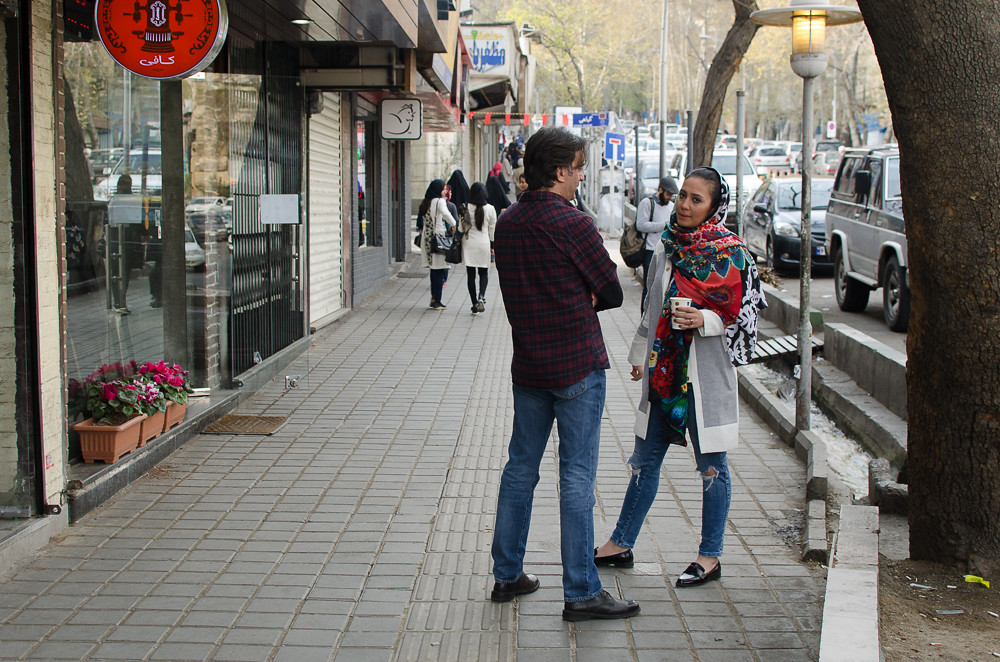 When Iranians greet each other, they either shake hands or kiss on the cheek (much like they do in some European countries). However, it’s important to remember that opposite genders who are not related to one another do not do this, especially not in public. Women shake hands with or kiss other women, and men other men. Of course, this might be different according to the person you’re interacting with or the place. But as a general rule of thumb, when exchanging greetings with someone of the opposite gender, a simple “salaam” [hello] will suffice. If all else fails or you have any doubts, follow the other person’s lead or simply err on the side of being more conservative.

And while we’re on the topic of greetings, brush up on hello and goodbye in Persian because you’ll be using these two phrases quite a bit. It’s polite to say hello when you walk into a shop (especially seeing as many shops are small, privately owned businesses), restaurant, or sit in a taxi. Entering a place or giving your destination without a quick greeting could be construed as rude. 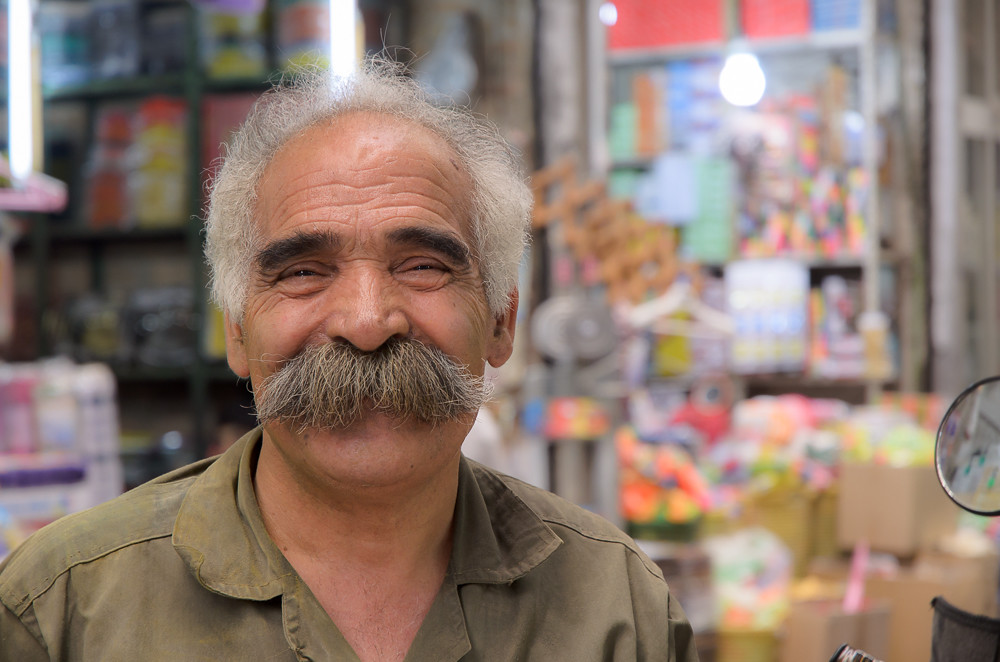 And now, an important word about “taarof”. Taarof is the underlying foundation of Iranian society. It’s a complex system of politeness and deference in which a person never reveals their true feelings. It can be a tricky concept to grasp because it’s likely something you haven’t encountered in many other countries before. And you will definitely have to face off in the battle of taarof all throughout your stay in Iran any time you try to pay for something. The taxi driver will refuse your money. The shopkeeper will tell you to be their guest. The restaurant manager will insist your meal is on the house. But don’t take any of this literally. This is all taarof. As sincere as it sounds, it actually isn’t. Or better yet, there are very few instances in which it actually is. Iranians have an uncontrollable need to, at the very least, offer you not to pay before taking your money. In response, simply thank the person and pay. Locals will not only be impressed that you recognized it as taarof, but also relieved that you didn’t just take off. 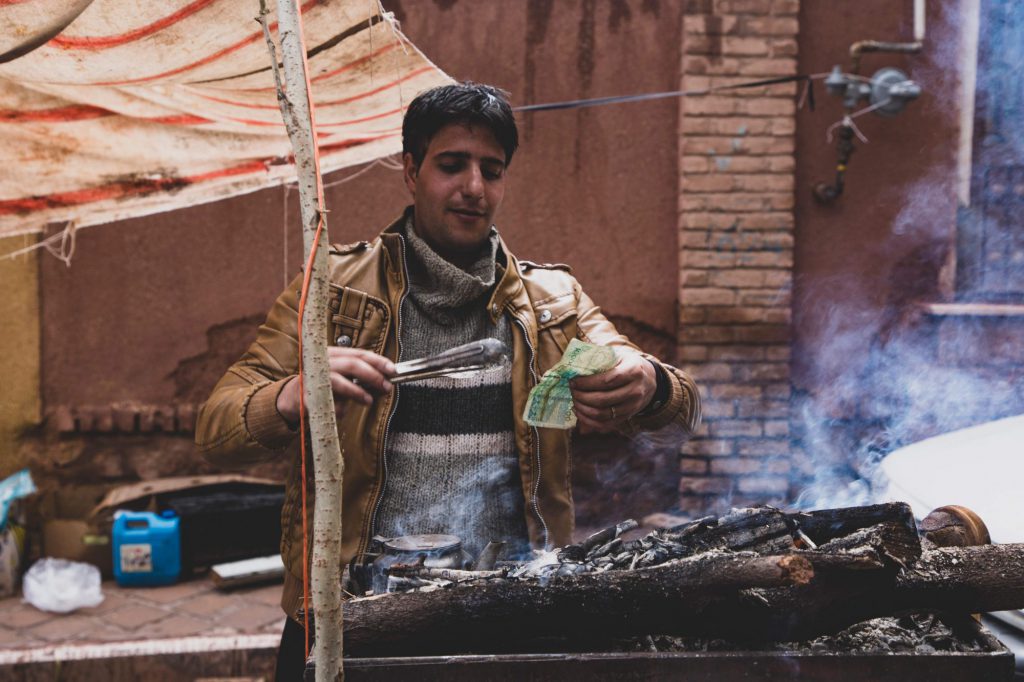 Photo by Steven Su on Unsplash

As we mentioned before, it’s highly likely that you will receive an invitation to someone’s house while you are traveling through Iran. And in this situation, there are a few things to remember. First of all, it’s ok to accept the invitation, especially if it comes from a family. But never show up at the door empty-handed. We actually recommend bringing some small gifts from home to offer your host as a thank you. They’ll also love having a keepsake from your home country. But not to worry in case you didn’t bring anything. Instead, a box of sweets from the local store or flowers will be greatly appreciated.

Another important point to keep in mind is to take your shoes off before entering the house. They will tell you if you can keep them on, but otherwise, leave them at the door. Your host will offer you a pair of slippers to wear around the house which you are free to wear or not.

Next, while it’s polite to compliment your host on their house or perhaps some particular decorative items, be careful not to praise these things too much. If you do, you can be sure that they will try to gift it to you because this is- you guessed it!- taarof. For Iranians, not offering said item to you after you have just expressed how much you like it would be considered rude. Again, say thank you, but politely refuse. 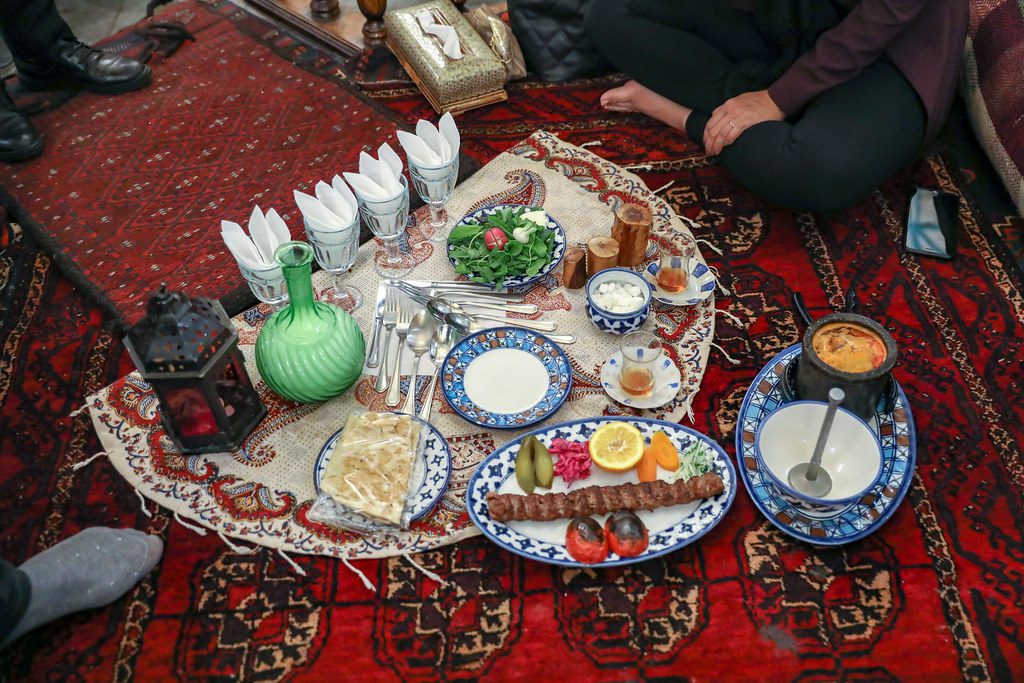 Tipping is not very common in Iran, but there are a few instances in which you would tip. To give you a better idea, here are some general guidelines.

You do not need to tip taxi drivers. While tipping in restaurants and cafes is not required or customary, it is appreciated. Some even have a tip jar by the cash register, but it’s completely optional and you should in no way feel obligated.

So where should you tip? Well, it’s polite to tip the hotel porter and housekeeping. If you have a tour guide and driver, you should tip them based on the number of days you were together, but you can tip the driver slightly less than the guide. 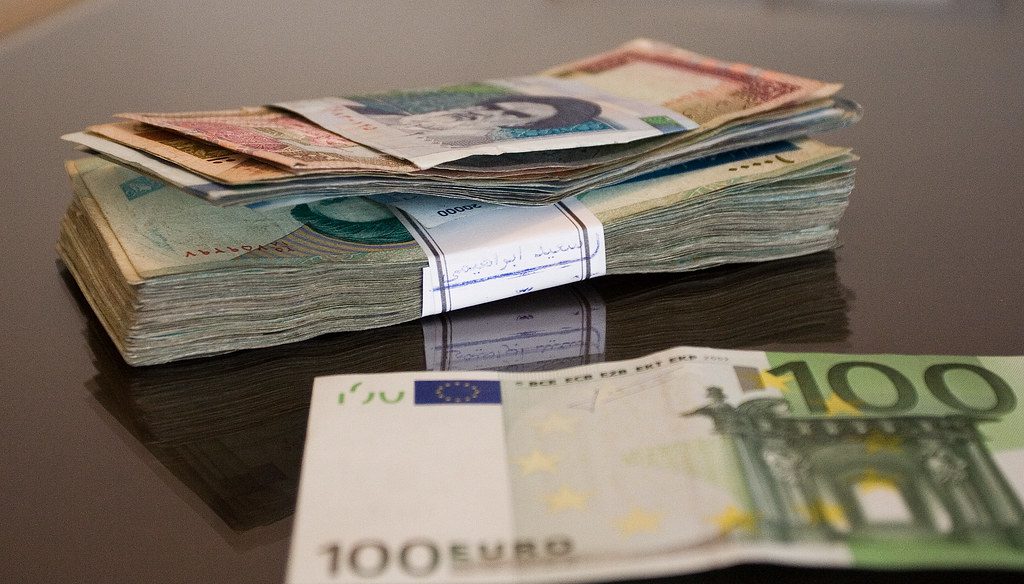 Born and raised in the US, Pontia lived in four countries before moving to Tehran, where she has been living for 5 years. She’s passionate about languages, culture, and travel. Determined to dispel any misconceptions about her adopted home, she regularly blogs about life as an expat in Iran and Persian culture/language on her personal blog MyPersianCorner.com. When she isn’t writing, she’s either teaching languages (or picking up a new one herself) or traveling.