Taraaz | The Rout for Nomad’s Migration

Do you consider Iran as a country rich in culture? Or history? So to give you a hint what I want to highlight, I would say all the monarchs of Iran from the Parthian Empire till Qajar dynasty are coming from nomad tribes!

So who we define as a nomad? A nomad is someone who does not live in one determined place. There are modern and traditional nomads living around the world. They may choose their living spots based on work conditions for modern nomads and based on good pastures for traditional ones.

These are the traditional nomads we will talk about in this article who the kings of Iran root in their tribes. Traditional nomads live with flocks of sheep and goats, their donkeys, horses, and dogs. They migrate to find grasslands for this flock. 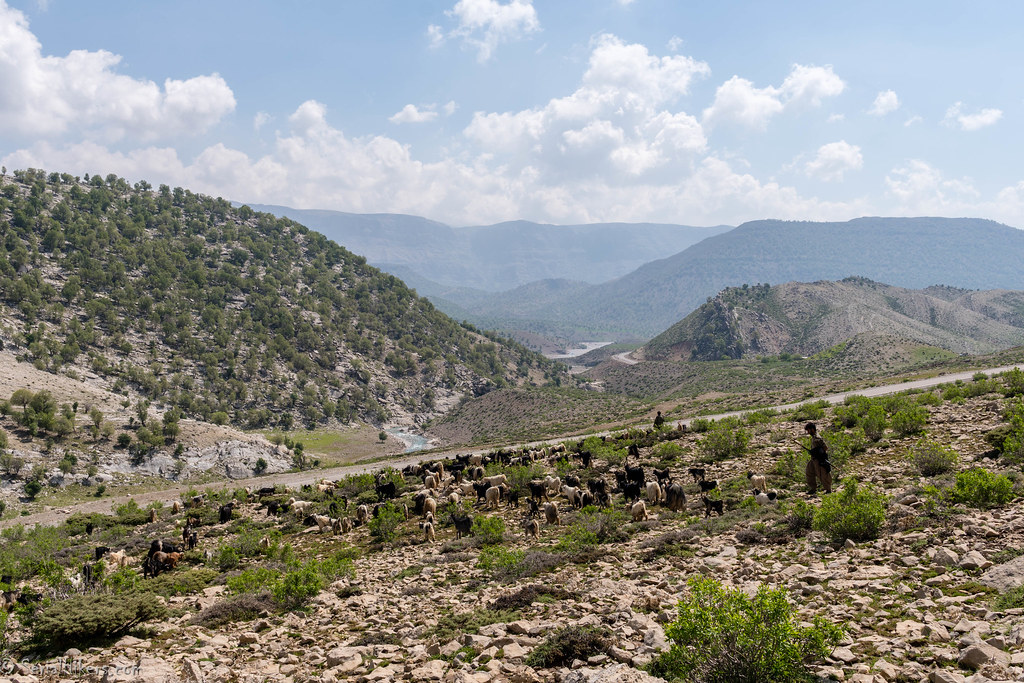 Nomadism began in Iran around 8000 years ago. But what was the motivation of nomadism? In arid regions, the weather was not suitable for farming, so they migrate to hunt and find grasses for their animals. Gradually, their flock of animals got bigger and they chose to be a shepherd instead of a farmer.

There are three main nomad tribes in Iran; Shahsevan, Bakhtiari, and Qashqai. They have been forced to settle in villages from a century ago. This is mainly due to providing them with electricity and other amenities or to take control of their activities. However, they love their lifestyle and have a rich culture behind every tradition.

Nomads population now has dropped to 1-2% of the country’s population. This is most evident in Shahsevan tribes near north-west which all settled down. In the second place, Qashqayi people near Shiraz rarely have their semi-year migrations. However, Bakhtiari tribes are still migrating in the central Zagros Mountains near Isfahan province.

If you are into history, you may know who is Queen Soraya. Or if you are into sports you may have heard of David Bakhtiari the Iranian-American tennis player. Aside from the fact that Bakhtiari members are popular in different areas, other members are very generous and among high-value humans.

Bakhtiari tribes have social structures. Each tribe has small communities which we hierarchically name them: Tayefe (Clan), Tire (Lineage), Olad (Sons), Khanevar (Household). Every tribe has a leader which they call Kalantar.

Nature plays an important role in Bakhtiari culture. What Bakhtiari eat, comes from the animals, so mainly they are dairy products. This is actually very suitable for migration because it is high in calorie and is still light, so the best choice for long trekking.

What do Bakhtiari wear?! Chokha is the common clothes of Bakhtiari men. It is made of sheepskin wool by the delicate hands of Nomad women in Chaharmahal and Bakhtiari. It has a black and white striped pattern, and it has always been the same for 130 years.

Some believe the black and white represent good and bad omen, and it shows how finally goodness will overpower evilness. Some others believe the images of ram horns on Chokha represent power, leadership and courage; the main features of Nomad men. It is woven the same as Jajim, but its pattern is more delicate and exquisite. In winter, since it is waterproof it protects nomads against the rain, and in summer it cools them. 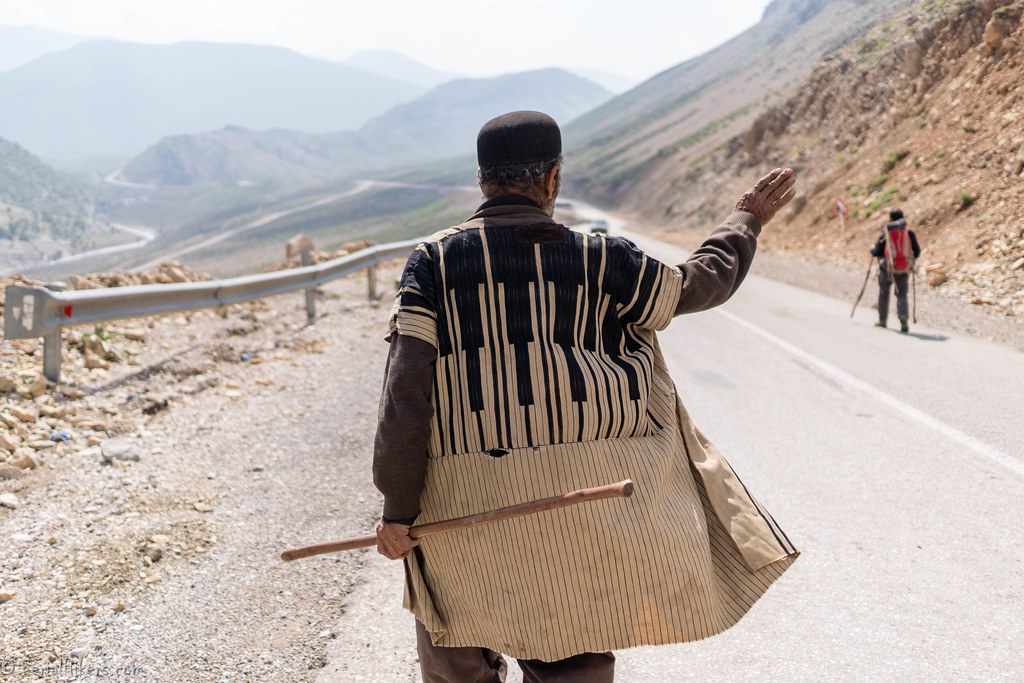 Where do Bakhtiari people live in Iran? They live in the central Zagros Mountains including north and northeast of ‘Khouzestan’ Province and west of Isfahan province which is ‘Chaharmahal va Bakhtiari’ province. The migrant Bakhtiari nomads are around 10,000 families. Every year each family with one other family start the migration. This migration is called Kooch.

It is late March 2019, Ahmad Solami tribe is getting ready for migration. They move from Khuzestan province upward, and from west of Zagros ranges (Monar range) to the east to the Zardeh range. This up to 30 days trekking is Kooch. So the family will start packing their livestock on their donkeys and mules. They have a black tent. They sleep under this black tent when it is raining and when the sky is clear then they will sleep under the beautiful clear sky. 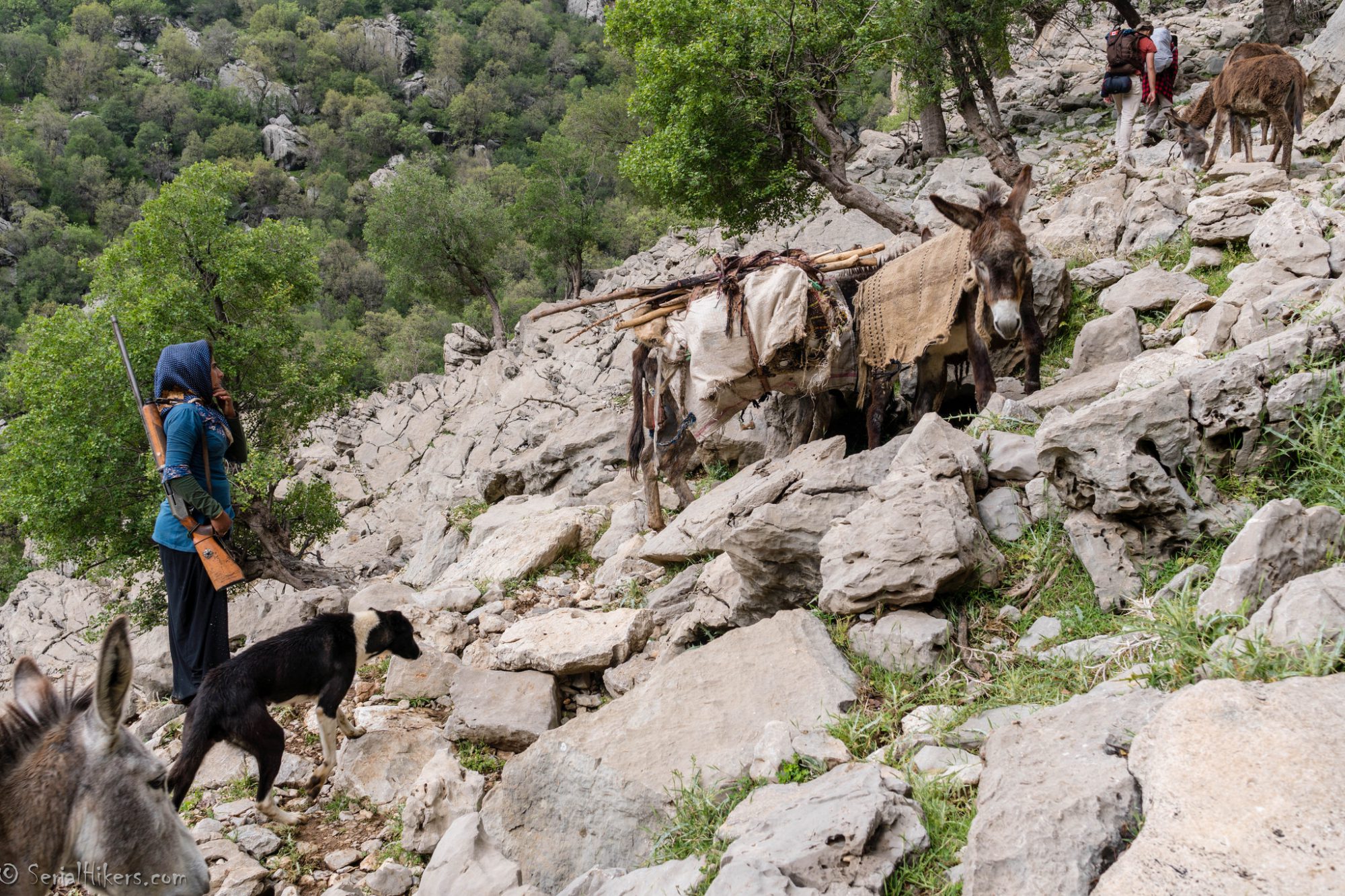 In the past, nomads migrated every 10 days of the year to find another spot. However, as time passed their migration became twice a year and for 30-35 days. Kooch is the most important feature of a nomadic lifestyle. Nomads are happy when they migrate! They enjoy life by searching for pastures every year, to drink tea at the end of a migration day, to see how their sheep breed. 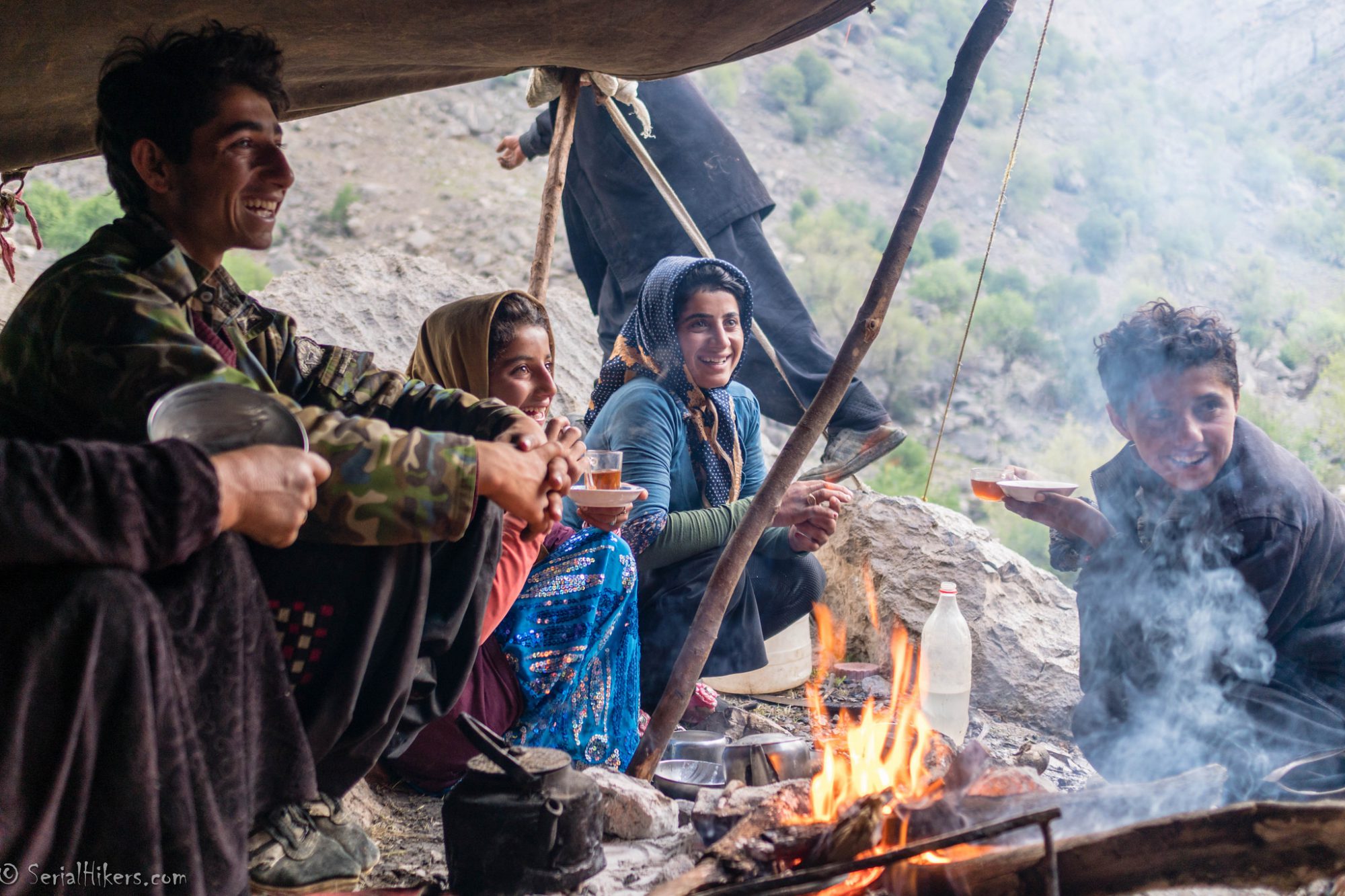 For me, getting away from this busy life to visit the super silent mountains only with the sound of newborn sheep, is a moment of epiphany! Ahmad Solami is sitting on the top of a rock to watch his family passing Monar range. He is struggling about what he can do if he abandons his nomadic lifestyle and moves to a city nearby. He thinks about his children future… He also thinks about this hard lifestyle… “No, I have lived a life here… I am free… I am more creative this way! Otherwise, I’ll become nothing in the city!”

In nomad tours, we want nomads to continue their lifestyle. So we provide them with a complementary income by tourism. We accompany nomads during their migration for 3 days, but our tours are normally seven days. We design Kooch tour in a way that it gives us enough time to reschedule when needed, for example in case of raining. For more info visit: www.nomad.tours 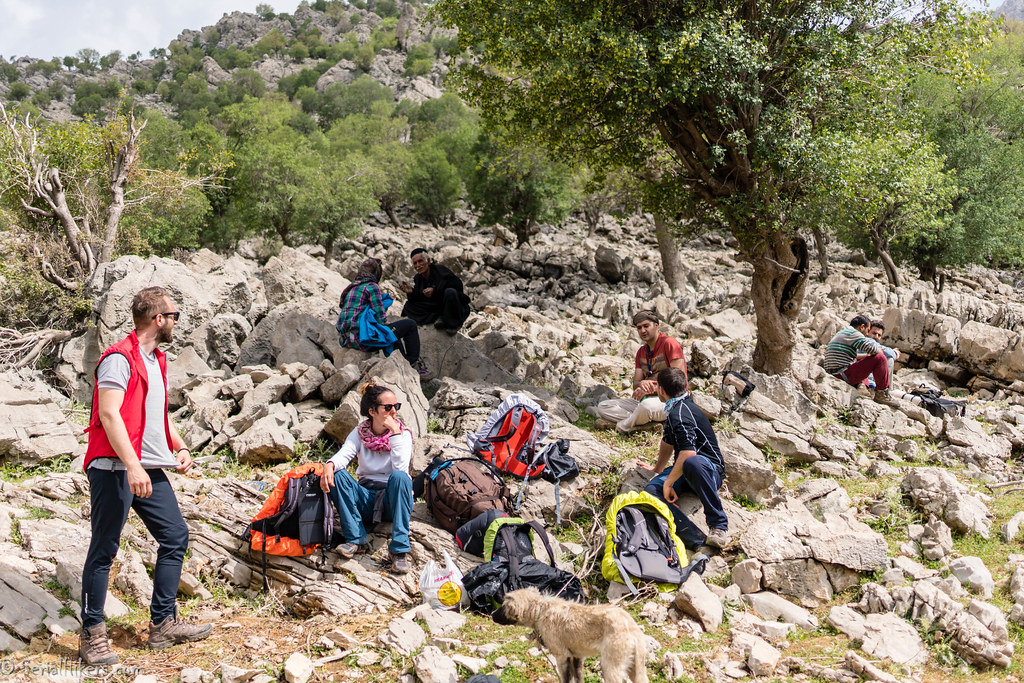